Eric Holder is sending educators to Ferguson, Missouri to teach cops how to NOT be racists.

The first three rules of How to Not Be a Racist 101:

1. Never question a black person who is obstructing traffic. That is racist.

2. Never question a black person who fits the description of a suspect in a robbery that was committed minutes ago in the same area. That is definitely racist.

3. The most important rule: Never attempt to defend yourself against a black person who has just assaulted you, fractured your skull, and attempted to take your sidearm. That would be EXTREMELY racist, and it is far better to be a dead non-racist than a living racist. 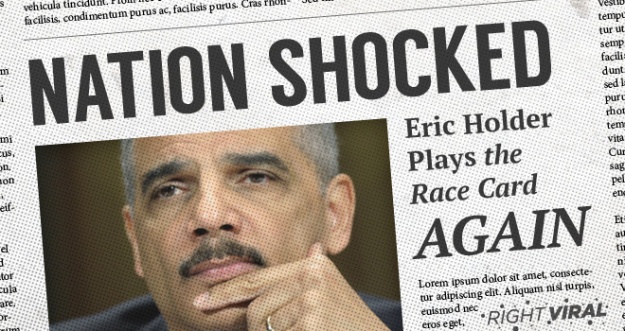 From Clash Daily
FERGUSON, Mo. — The head of the Justice Department’s Community Oriented Policing Services is planning to return to St. Louis in the next few weeks with the goal of helping to ease the tensions between police and black residents in the greater St. Louis area.

COPS Director Ronald Davis said in an interview with The Huffington Post this week that his office will offer training not only to police in the small town of Ferguson, where unarmed 18-year-old Michael Brown was shot by a white officer earlier this month, but also to various other law enforcement agencies in the region.

“The community voice has been loud and clear, and I heard the same thing on the ground as far as the community having little to no trust in the police in general in that area. And in talking to the police leaders, I think there was an acknowledgement that that is the feeling of a section of the community,” Davis said. He explained that his office’s assistance would be “more long-term” and that it would address the “strained relationship between law enforcement and the community.”

Dedicated to the restoration of and strict obedience to the United States Constitution.
View all posts by thomas madison →
This entry was posted in Main page and tagged doj, eric holder, ferguson, michael brown. Bookmark the permalink.

2 Responses to Eric Holder is sending educators to Ferguson, Missouri to teach cops how to NOT be racists.